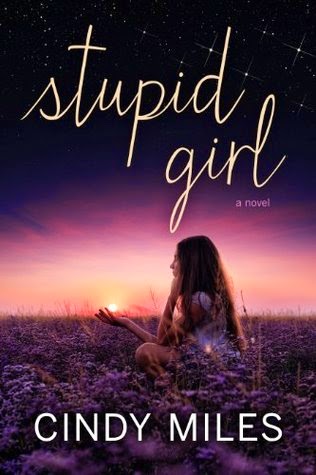 Only fools fall in love...

After her senior year of high school leaves behind nothing but heartache, Olivia Beaumont is sure of this: She’s no stupid girl. She sets out for Winston College, promising herself that she will remain focused on her first and only love – astronomy. But all it takes is cocky sophomore Brax Jenkins and an accidental collision with a football, to throw her entire year off course.

A quick-tempered Southie who escaped the inner city streets of Boston to pitch for Winston, Brax is known to play way more fields than just the baseball diamond. So, when his name is drawn to take part in his fraternity’s hazing dare, Brax eagerly accepts the mission to take Olivia’s virginity. But he doesn’t plan on falling hard for the sweet and sassy Texas girl who sees right through his bad-boy persona.

As Olivia and Brax battle their feelings for each other, echoes of the past year begin to surface. A boy who once turned Olivia’s whole world upside down reappears, and “harmless” pranks wreak havoc. Pretty soon the aspiring astronomer is on the verge of revealing her most difficult, heartbreaking secret. All the while, Brax must wrestle with the irrevocable dare, and Olivia struggles against all logic as she does the one thing only a stupid girl would do: fall in love.

When I rate the books I read, I rate them purely on the emotions I felt while reading. Did the book make me squeal, melt, hurt? Did the book suck me in so bad that I didn't want to put it down? Stupid Girl brings out all the feels. It is an emotional new adult creation that I absolutely adored!

I loved the fact the Liv had a love for astronomy and stars...I definitely related to that. More than that, I admired her strength and her choices after she's been hurt and I loved watching her let Brax in. The one thing I also adored about her was how much a family girl she was...family always means number one to me and I'm glad Liv had that quality.

Braxton Jenkins...unf on toast! I admit, knowing "of him" I wanted to hate him when we meet him, I wanted to so bad, but I just couldn't. Brax's charm instantly steals your heart especially with the whole ethereal blue eyes, Boston, baseball, tattoo, and well-built thing going on. He is just the total hot factor. When it came to his anger, I sometimes melted at the protectiveness because it was all for Liv (or shall I say Gracie), but other times I cringed and may have thought it was too much. When Brax's backstory is finally revealed, you know it's going to be ugly but I wasn't expecting to hurt for him as much as I did. I have to give him all the props for coming out on top after everything he's been put through. Just adored him!

Overall this book had everything I love...college setting, dark moments, drama, laughs, and lots of sexy romance. And fortunately no girls I wanted to beat up, *wink*. If you're a looking for an exciting and emotional contemporary, definitely give this one a shot...I adored it!