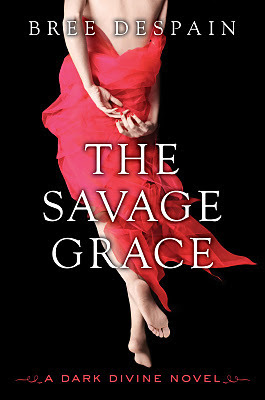 Synopsis: A troubled soul. An impossible choice. A final battle.

Wrestling with the werewolf curse pulsing deep inside of her, Grace Divine was finally able to find her brother, but it nearly cost her everything.

With her boyfriend, Daniel, stuck in wolf form and Sirhan's death approaching, time is running out for Grace to stop Caleb Kalbi and his gang of demons. If she fails, her family and hometown will perish. Everything rests on Grace's shoulders.

The final installment in The Dark Divine trilogy brings Daniel and Grace's love story to a breathtaking conclusion. 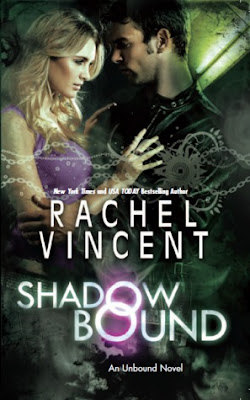 
Synopsis: If you live in the dark long enough, you begin to forget the light…

KORI DANIELS is a shadow-walker, able to travel instantly from one shadow to another. After weeks of confinement for betraying her boss, she’s ready to break free of the Tower syndicate for good. But Jake Tower has one final job for Kori, one chance to secure freedom for herself and her sister, Kenley, even if that means taking it from someone else…

Ian’s ability to manipulate the dark has drawn interest from every syndicate in the world, most notably an invitation from Jake Tower. Though he has no interest in organized crime, Ian accepts the invite, because he’s on a mission of his own. Ian has come to kill Tower’s top Binder: Kori’s little sister.

Amid the tangle of lies, an unexpected thread of truth connecting Ian and Kori comes to light. But with opposing goals, they’ll have to choose between love and liberty….


The Savage Grace: Not going to lie I was surprised by this one! I was hoping for a white cover... for something that happened at the end of The Lost Saint... hahaha. Any who, I do really like the red. Though, there are many changes from the first two covers. It seems the first two covers were cools (blue and purple) and now we have the warm red! Also, we're so used to see only legs with painted toe nails and now we have most of the body with painted finger nails! My only guess is that this book will be something fierce and I'm excited to see it! ...Oh TALBOT, I've missed you!


Shadow Bound: MOTHER OF JESUS. First off, Blood Bound is one of my favorite books, so when I found out about this cover... I. Freaked. Out! I LOVE IT. The purple and green is an awesome combo! And that synopsis.... like holy heck! I absolutely love how pretty Kori looks on the cover... honestly I imagined her a little more rough around the edges... but check that out.. she's a bad-ass hottie! And IAN ... oh baby, I can't wait to meet you!
Posted by Jena at 12:00 AM